Anime of The Week: Usagi Drop 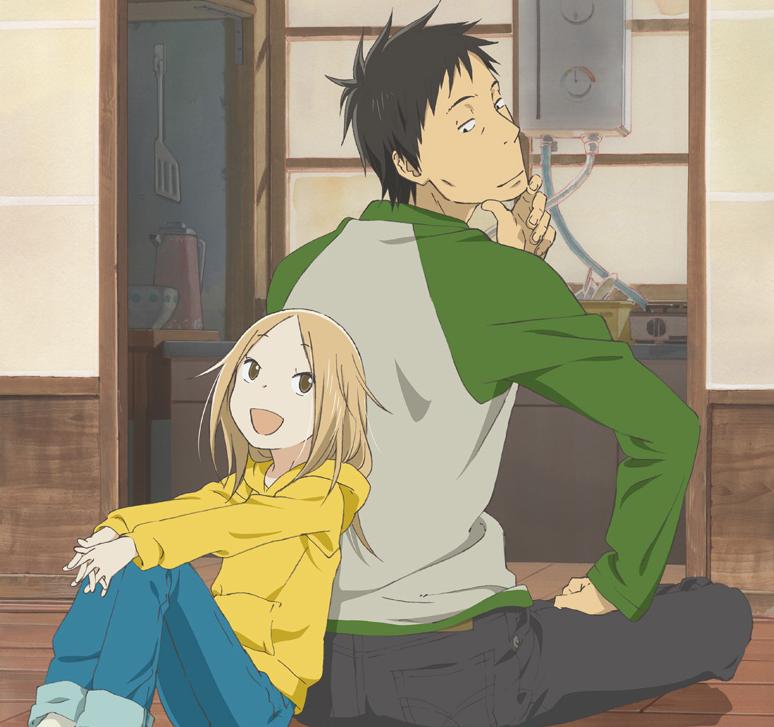 Being a parent is hard work. Actually, being a caretaker in general is hard work. It’s hard to understand just how taxing these jobs are unless you are either in the shoes of the caretaker or parent or you see first hand what they have to go through. Usagi Drop effortlessly shows it’s audience that growing up and being a parent has it’s sacrifices but in the end, it will be one of the most rewarding experiences you will ever have to go through.
Daikichi Kawachi is a 30 year old single man who doesn’t have a care in the world. Besides going to work each day, he doesn’t have much motivation to do anything at all and is especially uninterested in children and even women. When Daikichi’s grandfather passes away unexpectedly, Daikichi and his family gather together for a funeral. At the funeral, Daikichi meets a quiet, six year old little girl named Rin. Rin is ignored and shunned by Daikichi’s entire family and to his surprise, he finds out that Rin is his grandfather’s illegitimate child. In addition, he finds out that Rin’s biological mother has also abandoned her to pursue a career. Feeling sorry for Rin, Daikichi decides he will be the one to take care of Rin and soon realizes that he must adjust his life accordingly to adapt to this new role as “father”.

Usagi Drop eloquently showcases some of the trials and tribulations that parents and caretakers have to go through. Being a parent or a caretaker is a huge sacrifice but Daikichi soon realizes that even after having to grow up to take care of Rin, it’s something he certainly did not expect to make him as happy as it did. Usagi Drop is suited for a more mature audience as it focuses on Daikichi’s growth as a caretaker. Parents will especially enjoy this show.