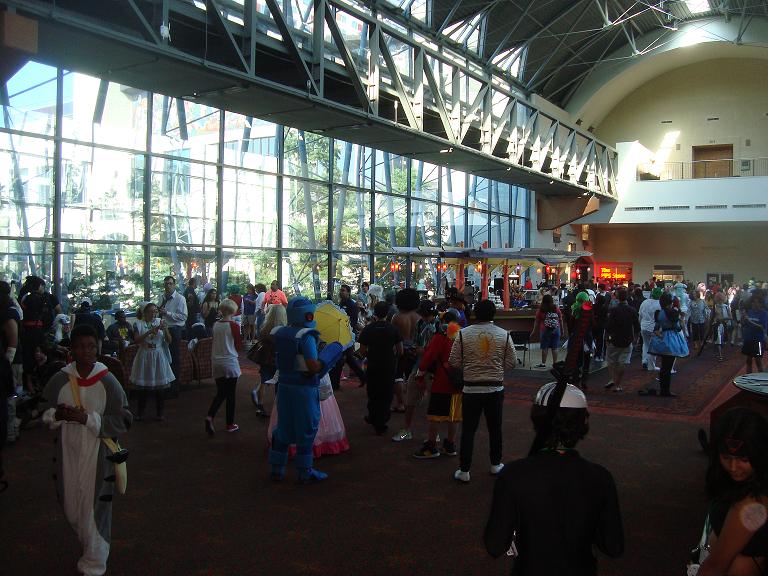 The bustling hallways of the convention center at San Japan.

In the heart of the famous Riverwalk in San Antonio, Texas; geeks and nerds will gather at the Henry B. Gonzalez Convention Center & San Antonio Grand Hyatt Hotel for San Japan’s sixth annual anime convention. Fans of Japanese anime, comic books, sci-fi, and other geek and nerd culture enjoyed everything that San Japan had to offer over the weekend. 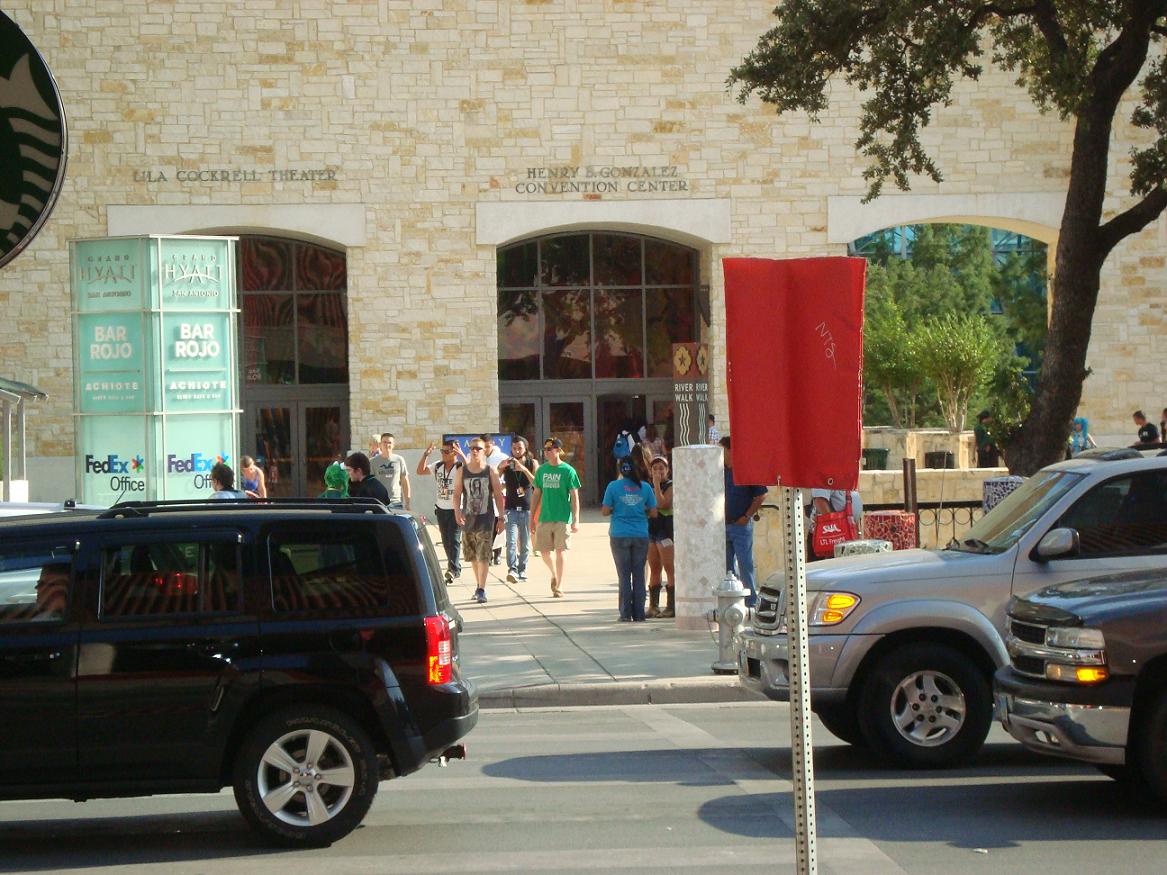 San Japan attendees outside of the Henry B. Gonzalez Convention Center.

San Japan had a variety of special guests for the event this year including Johnny Yong Bosch, Jerry Jewell, Scott McNeil, and more. Attendees had the chance to meet these guests and obtain their autographs at certain panels and events. There were plenty of events at the convention for attendees to partake in. Whether you are a fan of anime, comic books, cosplay, or other fandoms; there was an event for you. Panels ranged from “What NOT to do when drawing” to “Cosplay Speed Dating”. I found myself wanting to attend a lot of panels but did not have enough time to go to all of them. The convention had special meet up rooms for cosplayers. If you were cosplaying a character from a certain anime and wanted to find other cosplayers in that anime to take pictures with, San Japan made this hunt easy. With the convention being so close to the gorgeous Riverwalk in downtown San Antonio, photographers had plenty of opportunities to take amazing shots of cosplayers in a serene and natural environment. San Japan offered a courtesy link on their website for photographers to check out and find special locations to take pictures in. 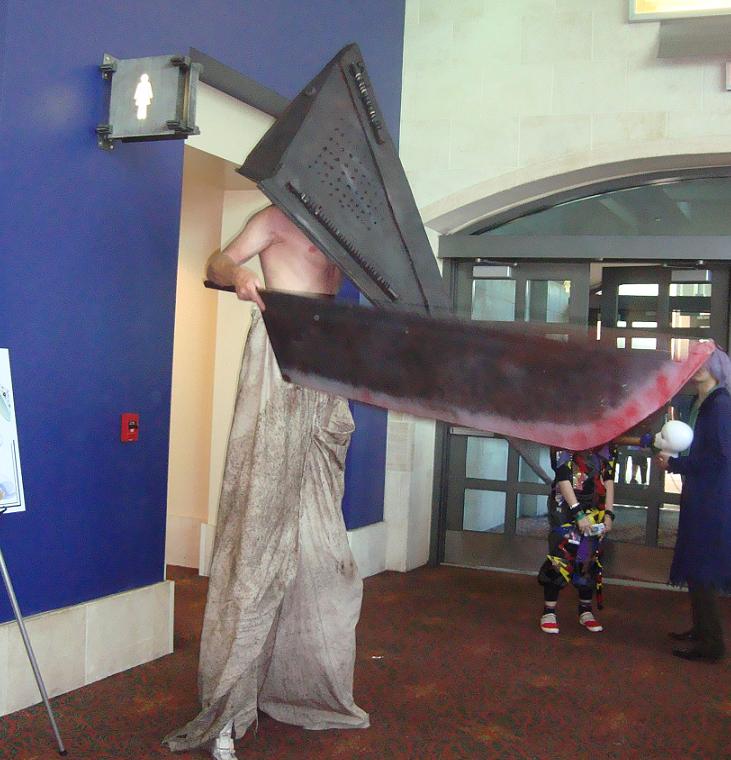 Besides the unique events, panels, and special guests; attendees could take a break from all of the action and enter San Japan’s large dealer’s room. Looking for a good deal on Necomimi cat ears or a special edition Kigurumi? You’ll most likely find what you’ve been searching for and other nerd goodies in San Japan’s dealer’s room. Over 30 vendors participated this year in San Japan’s dealer’s room and their products ranged from specialty lunchboxes from Japan to posters and wall scrolls for the home. Dealer’s Rooms like San Japan’s is one of the reason I leave my credit card at the hotel room!

San Japan this year offered a lot for all nerds and geeks to enjoy. Whether you came to cosplay, find a unique item from the dealer’s room, enjoy a special viewing of Rurouni Kenshin Live Action, or just hang out and meet some like-minded people; attendees of the convention were not disappointed and I can certainly say that I look forward to attending San Japan next year.